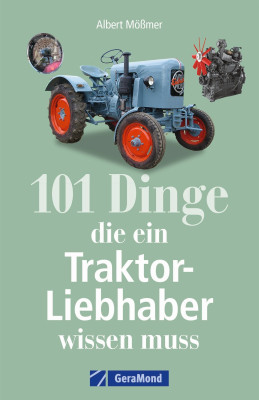 Founded as early as the 19th century, Heinrich Lanz AG in Mannheim quickly became one of the leading agricultural machinery manufacturers in Germany. From the 1920s onwards, the Mannheimer entered into the production of farm tractors and thus had a significant share in the motorization of German agriculture. Under the name Lanz Bulldog farm tractors with single-cylinder glow head motor were produced with great success. These tractors shaped the name Bulldog in many parts of Germany as a common name for a farm tractor. Under license, the Lanz Bulldog was also produced in some countries. So in Poland as Ursus, in France as Le Percheron, in Argentina as Pampa T01 and in Australia by the company Kelly & Lewis Ltd., as KL Bulldog - with special characteristics: Lack of foot brake, large handles, dominant muffler, three-spoke steering wheel. and The K.L. Bulldog dedicates Schuco a scale model of 1:18 scale limited to 1,000 pieces.

** applies to deliveries within Germany. For delivery times to other countries, use the the shipping infos button

You are located in the german Selva-Shop. Our international shops can be found here:

You will now be redirected to Paypal